Celebrating The Past and Looking Ahead 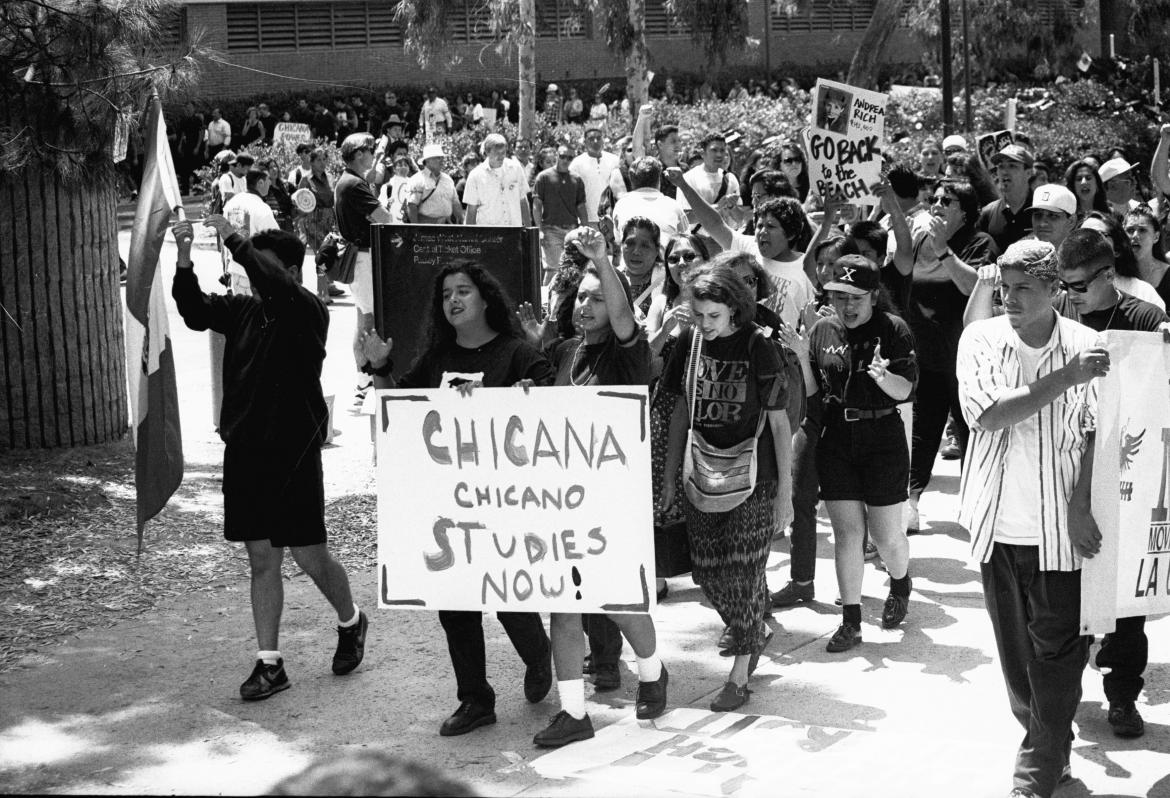 On Saturday, May 18, 2019, UCLA will officially launch its centennial during Alumni Weekend. As UCLA turns 100 years old, the Institute of American Cultures and the ethnic studies centers celebrate fifty years (1969-2019). This convergence of timelines can be seen from multiple angles, but I would like to highlight a couple of themes. The first is that UCLA is a university with a public mission. That mission involves many things, but certainly a core element is that the university exists for the people of California – all the peoples of California, especially for those whose access to higher education has been severely diminished by structural forms of inequality. The flip side, dramatically played out in recent news about college admissions, is that structural forms of inequality are also about structural forms of privilege and power.

The ethnic studies centers and the Institute of American Cultures (IAC) profoundly owe their existence to a rupture in the status quo. Elders, community folks, students, staff and faculty members worked as a coalition to hold the university accountable to its public mission, and carved out spaces dedicated to bridging campus and community as part of social movements linked to liberation efforts locally, nationally, and globally. Many alumni have noted that Campbell Hall (where the ethnic studies centers were all once located) was their “home away from home” regardless of what program they were in as undergraduates or as professional or graduate students.

A second theme is that as a major research university, the ethnic studies centers serve as reminders that research grounded in our collective communities is vital to the production of knowledge that spans the entire UCLA campus. In other words, ethnic studies-based research cuts across nearly every discipline and school represented at UCLA such as public health, medicine, music, law, art, business, public affairs and the College of Letters and Science. The location of the centers under the Chancellor’s Office signals our campus-wide reach, and our decades of research highlight the centrality of communities of color -- across time and space and in service to those communities.

The IAC and ethnic studies centers are glad to be part of the Centennial kickoff/Alumni Weekend, and if you happen to be on campus on May 18, please stop by our roundtable conversation that will be discussing the role of research for social justice that has been our hallmark. Like any anniversary, our celebration of the past is as much a call to the future; our legacies are not a historic artifact, but a living, dynamic presence on campus and beyond. Together with the ethnic studies departments and programs, the centers are caretakers of what has been entrusted to us by those who came before. We look forward to marking the centennial of ethnic studies at UCLA in 2069 and all that will take place between now and then. The fate of UCLA and ethnic studies are intertwined in part because of how teaching, research, and service frame what we do, but most importantly, because of the people within our communities, and how those communities form us as a city, state, nation, and members of the larger world.